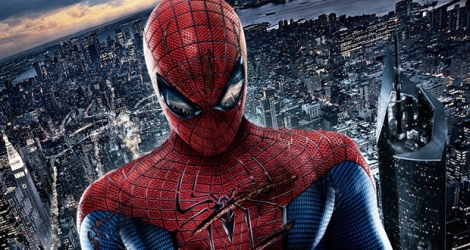 The Amazing Spider-Man hits theatres today (I’ve seen it, it’s great). If you’ve also already seen the film, Vulture has some info on scenes that were cut from the film. Did you know that you can already pre-order your copy of the film from Future Shop? Crazy. It’s barely been in theatres for 18 hours. Anyway, I miss the web-slinging already, so I might check out the video game.

Clark Duke (Hot Tub Time Machine and Greek) might be joining the cast of The Office.

Those involved with Lindsay Lohan‘s Liz & Dick can breath a sigh of relief…they’ve wrapped production. You did it Lindsay. You did it.

Eddie from That’s So Raven skipped a court appearance today.

Breaking Bad fans: Jess & Walter’s How-To Guide to Not Get Rid of a Body

Iron Man 3 is filming in Wilmington, N.C. on July 9th. You guys, that’s where they filmed Dawson’s Creek AND One Tree Hill!

E! has gotten all superstitious about Tom Cruise‘s breakups.

Check out the best of Larry David over at Uproxx