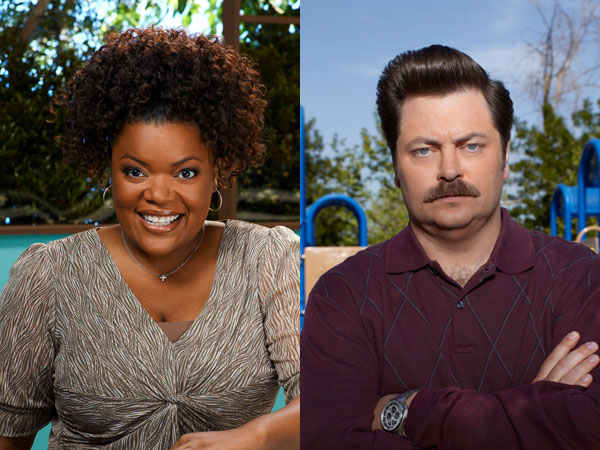 — There was a fury of Internet drama today surrounding Community’s return. Citytv’s site originally listed Friday, Nov. 9 as the season four premiere date, but later changed it to Thursday, Feb. 7, 2013. Moments later, there was no premiere date. Later on, Community star Yvette Nicole Brown tweeted that Community would return to NBC on Feb. 7 at 8 p.m. as 30 Rock concludes its final season – but Citytv wouldn’t immediately confirm the Canadian premiere. An hour or so later, Citytv finally confirmed what we already suspected (since they have nothing else to simulcast), they’ll be simulcasting the Feb. 7 premiere. So yeah, Community is (almost) back! All you need to know: Community returns to NBC and Citytv on Thursday, Feb. 7, 2013 at 8 p.m.

— That’s not all concerning the NBC comedies, Parks & Recreation returns to 8:30 p.m. on Jan. 17, as new series 1600 Penn takes the 9:30 p.m. slot a week earlier. Up All Night is facing a second-retooling (switching from single-cam to multi-cam/audience) this November.

— General Hospital is bringing back Tristan Rogers as Robert Scorpio on Nov. 15…rumour has it that Kimberly McCullough (Robin) isn’t far behind. Also look for Finola Hughes (Anna) and Jason Thompson (Patrick) to appear on Who Wants to be a Millionaire in January.

— ABC has decided to order a full season of The Neighbors for some reason. There’s more Scandal as well.

— Sandy destroyed some of the residences featured on Seinfeld and Rescue Me.

— Fox is set to launch Animation Domination HD in the new year on Saturday nights from 11 p.m. to 12:30 a.m., going up against Saturday Night Live on NBC and the Cartoon Network’s Adult Swim. One of the series is Axe Cop is based on a webcomic and will run for six 15-minute episodes. While it hasn’t been confirmed that Nick Offerman is voicing the lead on the show, he does lend his voice to the Halloween short: