By Jeevan Brar on August 4, 2012 The TV Watercooler 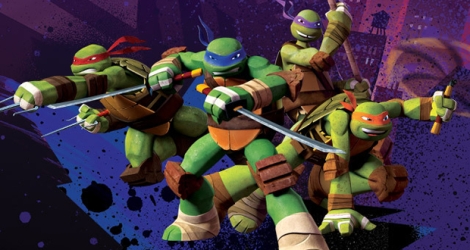 — Nickelodeon’s new Teenage Mutant Ninja Turtles will air on YTV this fall beginning Saturday, September 29th at 11 a.m. The update features the voices of Jason Biggs (as Leonardo) and Sean Astin (as Raphael).

— VH1 is bringing back Best Week Ever, which is a surprise because they just killed the blog about a month ago. Hopefully it’ll air in Canada this time around.

— This is neat, Vulture lists the 239 issues tackled by Degrassi.

— HBO has announced that the second season of Girls will premiere in January.

— Sean Hayes will guest star on Up All Night.

— Dan Harmon has signed a deal to develop a new comedy for CBS.

— Remember when I told you that Breaker High was coming to MuchMusic in the fall? Well, look out for Saved by the Bell as well!

— Natasha Lyonne will appear as a character named “Tiffani” during the hourlong Weeds series finale on September 16th.

— Uh oh, Roy (David Denman) will return to The Office.